Huawei Mate Xs on Monday made its debut as the Chinese tech giant’s second foldable smartphone. It will be the company’s first such device to be available internationally, competing in a niche category with new models from Samsung and Motorola. Huawei’s first foldable phone – Mate X – never made it out of China. Huawei Mate Xs comes with the company’s in-house Kirin 990 chip, quad rear camera setup, and Android with EMUI 10.

A new “smart” contact lens is designed and developed by a team from the Shenzhen Institutes of Advanced Technology (SIAT) at the Chinese Academy of Sciences. The prototype lens is made of a biocompatible hydrogel which is in turn composed of a polymer known as poly(2-hydroxyethyl methacrylate), or pHEMA for short.

The polymer’s nanostructure changes in reaction to moisture levels by changing color.

Sunshine keeps us humans happy and positive, most of the time anyway. So when you find yourself stuck indoors, in a dark and soulless space, your energy levels can drop quite dramatically, quite quickly.

To counter such low feelings, as well as boost productivity, Mitsubishi created the Misola LED skylight. These LED panels look like skylights, so you can attach them to ceilings or walls, and are meant to simulate the effect of the Sun moving across the sky.

A new, safe, and quick method for detecting 13 different kinds of cancers has been developed by Toshiba Corporation with a 99% accuracy rate and only requires one drop of blood for the process.

The method works by examining the types and concentration of microRNA molecules that are secreted into the bloodstream from the cancer cells.

The diagnosis method was developed together by the National Cancer Center Research Institute and Tokyo Medical University.

Created by Matrix, the PowerWatch runs on a thermoelectric engine. Body heat powers the PowerWatch features without having to charge the watch. The watch is solar powered when it is not worn on the body.

As humans age, they gradually lose the ability to accommodate, or refocus, to near distances because of the stiffening of the crystalline lens. This condition, known as presbyopia, affects nearly 20% of people worldwide. We design and build a new presbyopia correction, autofocals, to externally mimic the natural accommodation response, combining eye tracker and depth sensor data to automatically drive focus-tunable lenses. We evaluated 19 users on visual acuity, contrast sensitivity, and a refocusing task. Autofocals exhibit better visual acuity when compared to monovision and progressive lenses while maintaining similar contrast sensitivity. On the refocusing task, autofocals are faster and, compared to progressives, also significantly more accurate. In a separate study, a majority of 23 of 37 users ranked autofocals as the best correction in terms of ease of refocusing. This work demonstrates the superiority of autofocals over current forms of presbyopia correction and could affect the lives of millions.

The amount of light detected by the camera’s image sensor inherently has some uncertainty, called “shot noise,” which causes images to look grainy. The visibility of shot noise decreases as the amount of light increases; therefore, it is best for the camera to gather as much light as possible to produce a high-quality photo.

Sky Processing
When images of very dark environments are viewed on a screen, they are displayed much brighter than the original scenes. This can change the viewer’s perception of the time of day when the photos were captured. At night we expect the sky to be dark. If a picture taken at night shows a bright sky, then we see it as a daytime scene, perhaps with slightly unusual lighting.

This effect is countered in Night Sight by selectively darkening the sky in photos of low-light scenes. To do this, we use machine learning to detect which regions of an image represent sky. An on-device convolutional neural network, trained on over 100,000 images that were manually labeled by tracing the outlines of sky regions, identifies each pixel in a photograph as “sky” or “not sky.”

According to the Health 2000 population survey, more than half of Finns aged 30 or over suffer from gum disease.

Koite Health, which was founded by researchers from Aalto University and Helsinki University Hospital (HUS), is launching a method intended for home use that kills the streptococcus mutans bacteria and the bacteria that cause gingivitis. The treatment has been scientifically proven to reduce the markers indicating early gingivitis and plaque formation.

The amount of data sent through fibre optic cables is rising exponentially, increasing energy usage at an unprecedented rate. Researchers may have a solution to render fibre optic communications systems much more energy efficient.

According to researchers from Chalmers University of Technology, Sweden, the increases in power consumption are unsustainable. Without energy efficiency improvements, within ten years the internet alone could consume more electricity than is currently generated worldwide.

Electricity production cannot be increased at the same rate without massively increasing the fossil fuel burning for electricity generation, in turn leading to a significant increase in carbon emissions.

For five years, the researchers have been researching how to improve efficiency, and have developed a solution in the form of error-correcting data chip circuits, which they refined to be 10 times less energy consumptive: “The challenge lies in meeting that inevitable demand for capacity and performance, while keeping costs at a reasonable level and minimising the environmental impacts,” says Professor Peter Andrekson, a photonics expert at Chalmers University.

In the early phase of the project, the researchers identified the largest energy drains in today’s fibre optic systems. They then designed and built a concept for a system for data transmission which consumes as little energy as possible. Some of the most energy-intensive components are error-correction data chips, which are used in optical systems to compensate for noise and interference. The researchers have optimised the circuits in these chips to drastically improve energy efficiency.

“Our measurements show that the energy consumption of our refined chips is around 10 times less than conventional error-correcting chips,” said Professor Per Larsson-Edefors, a computer engineering expert at Chalmers University.

At a systemic level, the researchers also demonstrated the advantages of using optical “frequency combs” instead of separate laser transmitters for each frequency channel. An optical frequency comb emits light at all wavelengths simultaneously, making the transmitter highly frequency-stable. This makes reception of the signals much easier, and consequently more energy efficient.

Energy savings can also be made through controlling fibre optic communications at the network level; by mathematically modelling the energy consumption in different network resources, data traffic can be controlled and directed so that the resources are utilised optimally. This is especially valuable if traffic varies over time, as is the case in most networks. For this, the researchers developed an optimisation algorithm which can reduce network energy consumption by up to 70 per cent.

“Improving the energy efficiency of data transmission requires multidisciplinary competence. The challenges lie at the meeting points between optical hardware, communications science, electronic engineering and more. That’s why this project has been so successful” said Professor Erik Agrell.

The Hyderabad-based Ananth, a supplier of systems for the Indian Space Research Organisation’s (Isro) satellites, is opening a full-fledged satellite making facility later this month in Bengaluru 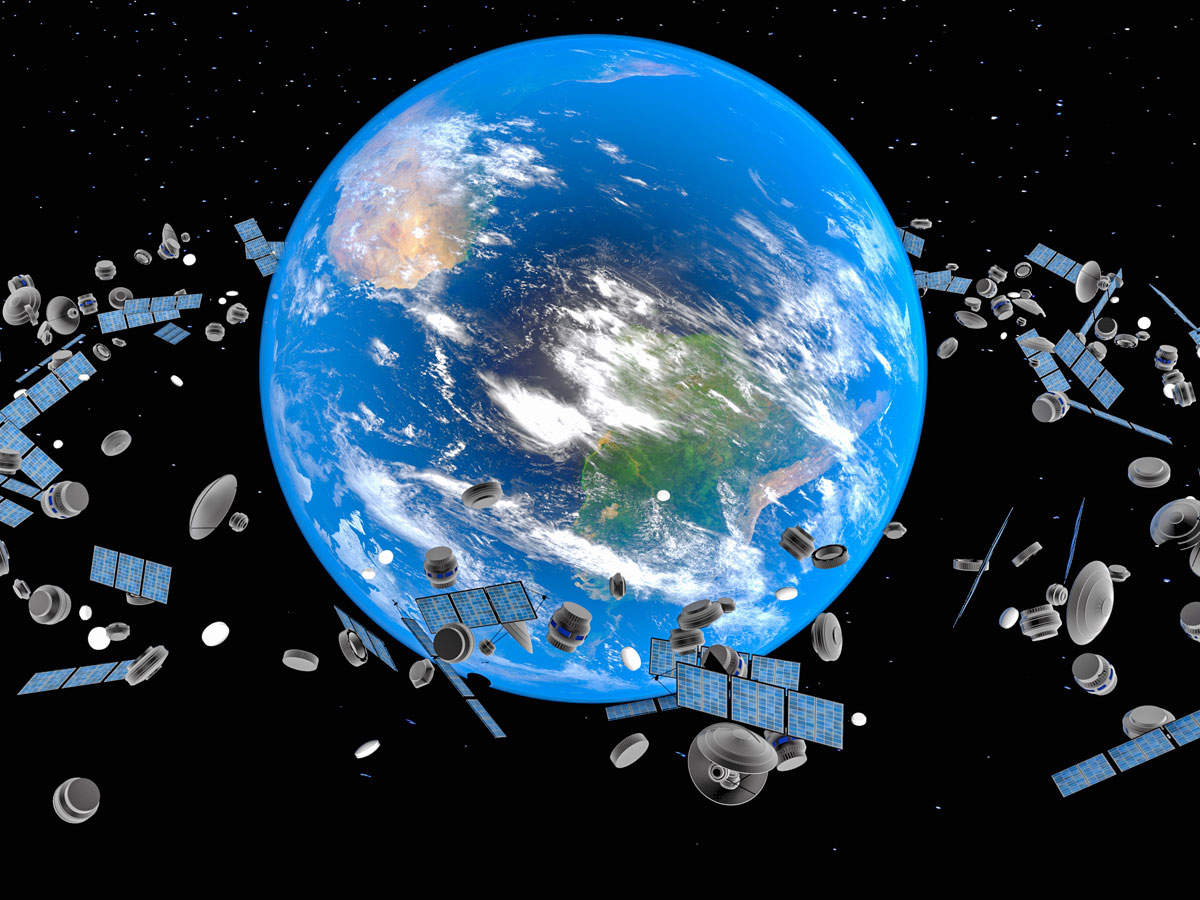 Aerospace firm Ananth Technologies has signed deals to build six foreign-owned satellites in India, a first by a private firm as it taps the country’s low-cost base to make satellites for global customers.

The Hyderabad-based Ananth, a supplier of systems for the Indian Space Research Organisation’s (Isro) satellites, is opening a full-fledged satellite making facility later this month in Bengaluru, where it will build satellites weighing between 50 kg and 250 kg for customers in Sweden and France, chairman and managing director Subba Rao Pavuluri told ET.

“We can fully integrate satellites at around 30% lower costs (than in the West),” said Pavuluri. “We will also help them launch from Indian soil.”

He did not name the customers citing confidentiality agreements.

Ananth Technologies has been a supplier of satellite systems and sub-systems for India’s space agency and has also integrated the solar panels for these satellites. Its new facility is designed to fully integrate satellites for both local and overseas customers.

India’s decades-long expertise in building satellites has helped create a critical talent base, giving it an edge in tapping outsourcing avenues.

The country has an opportunity to integrate medium-sized satellites, Pavuluri said, because they are designed to last for over five years and companies invest huge sums in building them.

“We are offering end-to-end service. Integrating the satellite, identifying the rocket and launching them from Indian soil,” he said.

India’s Polar Satellite Launch Vehicle (PSLV) has emerged as the preferred rocket to hurl small and medium satellites into space. In the five years to fiscal year 2019, Isro earned Rs 1,254.19 crore from launching satellites for global customers from the US, UK, Japan and Germany, among others.

Isro is developing a small satellite launch vehicle (SSLV), a rocket that can be turned around every two days and designed to hurl 400 kg satellites into low-earth orbit.

Antrix Corp, the commercial arm of Isro, had signed a contract in the past with EADS Astrium to build a communication satellite for British media firm Avanti Screenmedia Group Plc.

Isro has formed New Space India Ltd, a new entity to engage with the industry to build and launch satellites on Indian soil.

Other upcoming full-fledged satellite production initiatives include the proposed production facility to be built jointly by Berlin Space Technologies and Ahmedabad-based Azista Aerospace.

Analysts said “a lot of companies are planning to follow this model”, but it could be more interesting if the production of full-fledged satellites brings in a satellite services industry.

“These companies can be an outsourcing hub for manufacturing satellites for certain global companies and take advantage of the low-costs in (India),” said Narayan Prasad, an industry analyst and co-founder of satsearch.com. “What is going to be more exciting is that if service providers in the field of communication or imaging emerge as a result of such satellite producing facilities.”